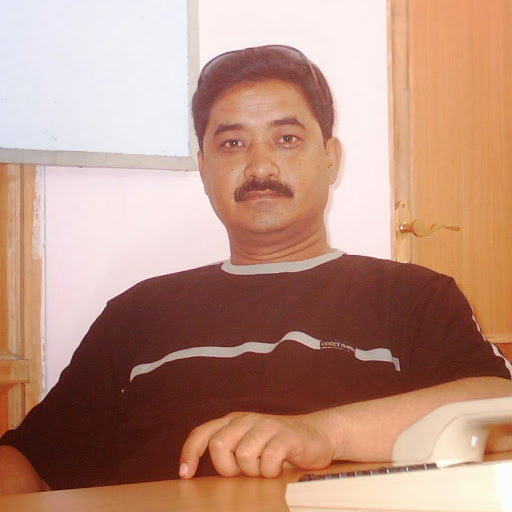 Hi! I’m Ajay and I teach Math. I started my wonderful journey as a teacher 32 years back and took up online tutoring 13 years back. I have taught different types of students and understand the various struggles. Thus, I keep my teaching style flexible. Whether you find it difficult to deal with a lot of concepts, or just want some help in solving a tricky numerical, I am ready to help.

While I teach my students the way to solve all kinds of numerical problems, I also tell them about the relevance of the problem in real life. In this way, they learn how and where to apply those mathematical principles and formulae. It is interesting to show how to draw the parallelogram, as well as how to find the height of a tower at a distance. My students are often inspired by my enthusiasm in the class. Most of the time, I try to make the solutions appear simple, but I am open to show them alternate ways to solve problems too. In order to prepare my students for exams, I make quizzes and mock tests a regular part of my sessions. By solving a few problems on their own after explanations, they are likely to learn it better.

To begin with, in a right angled triangle, it is important to name the sides with respect to given angle. The other two angles of a right triangle, other than the right angle are always acute angles. The reason for these angles to be acute is, that because of angle sum property of a triangle, if one of the angles is 90°, the sum of the other two angles must also be 90°. Hence each of these angles must be smaller than 90°. So they must be acute. The side facing the given angle is marked as opposite. The side facing the right angle is called the hypotenuse and is the longest side of a right angled triangle. Hypotenuse is always one of the arms of the given angle. The other arm is called the adjacent side. Now the triangle has three sides. Taking two at a time we can make six ratios. If we mark opposite as O, adjacent as A and hypotenuse as H, then the ratio we can make are, O/H, H/O, A/H, H/A, O/A and A/O. Each of these ratios are given a name. The three basic ratios are sine written as sin, cosine written as cos and tangent written as tan. Sin is O/H. Its reciprocal cosecant written as csc = H/O. cos = A/H and its reciprocal secant written as sec = H/A. tan= O/A and its reciprocal cotangent written as cot = A/O. These functions are also referred to as circular functions as they describe the vertical and the horizontal position of a point on the circle as a function of angle. The angle made at the origin by the radius at the point and the radius on positive x axis corresponds to an arc length and is expressed in radians. 1° corresponds to π/180. So we multiply the degree measure with π/180 to convert to radians. Eg 30° = 30 × /180 = π/6radians. 60° = 60 × /180= π/3 radians By defining angles of any magnitude and sign using the amount of revolution made and direction of revolution, we can extend the concept of trigonometric ratios to trigonometric functions (or circular functions) of angles. And by restricting the domains of these functions, we can define inverse trigonometric functions. For special triangles we have a derived ratio of sides. For a 30°:60°:90° triangle, the ratio of the sides facing these angles respectively are 1: √3 : 2. For the triangle with angles 45°:45°: 90°, the ratio of the sides facing these angles respectively are 1: 1: √2

In geometry we cover topics like Basic shapes, angles, parallel lines, Polygons, triangles, angles of a polygon, circles. Parallel lines are lines which when extended to infinity do not intersect. When a third line known as transversal intersects two lines, corresponding angles, alternate interior, alternate exterior angles are formed. Alternate interior angles are the interior angles which are on the opposite sides of the transversal and which do form a linear pair. Corresponding angles are the angles on the same side of the transversal, one is interior & the other is exterior and which do not form a linear pair. And then we can explain showing a figure. Polygons are closed figures with n number of sides. It can be a triangle with 3 sides, a quadrilateral with 4 sides, a pentagon with 5 sides and so on. We can find the sum of all the angles of a polygon by using the formula (n-2)×180. Here n is the number of sides of the polygon. Also dividing by n gives us the measure of each angle of the given regular polygon. For a circle, it’s a set of points in a plane, which are the same distance from a given point called the centre. The line segment joining any two points on the circle is called a chord. If a chord passes through the centre it is called a diameter. Diameter is the longest chord of a circle.

In Pre Algebra we cover a lot of topics like absolute value, arithmetic series, Cartesian coordinates, GCD, LCM and many more. When it comes to absolute value, the first thing we need to explain is that absolute value is used to make the value a positive real number. Then give him the first concept that |x| = a means x = -a or x = a. We take an illustration to show this. |2| = 2 & |-2| = 2 so if |x|=2 then x is either 2 or it is -2. Further for an inequality If |x| < a then we have x < a or x > -a. Combining the two statements we get –a < x < a. If |x| > a then x > a or x < -a For an arithmetic series, we first explain the concept of increasing numbers by a certain given number. We may start with very set of Natural numbers. Explain them, starting from 1 and increasing the number by 1 results into the set of natural numbers. Then we explain them that first number of the sequence is called the first term and is written as ‘a’. The constant by which it increases is called the common difference d. Here a = 1 & d = 1. Sometimes it helps to assume the numbers of an arithmetic sequence in a particular way. Eg. The sum of three numbers in arithmetic progression is 45. If the product of these numbers is 3135. Find the numbers. Here if we assume the numbers as a-d, a, & a+d. Now if we add them we get a-d+a+a+d = 45 => 3a = 45 => a =15. So we get the value of a directly. This helps us to solve the question quickly and with ease.