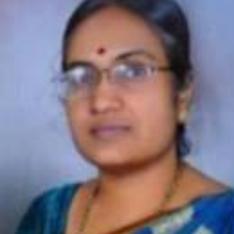 i would like to watch comedy , detective serials, draw Rangoli and sing.

mean is one of widely used measures of central tendency, defined as sum of observations divided by number of observations. Advantages of mean 1)It is least effected by sampling fluctuations 2) It is based on all observations 3) it is rigidly defined 4) It has many desirable algebraic properties like deviation of sum of squares of observations is minimum but it cannot be computed for open end classes.

correlation is a tool which is used to measure the linear relation between two variables whereas regression is used to estimate value of one variable based on the other. correlation is a number that lies between -1 and +1. -1 indicates perfect negative whereas +1 perfect positive correlation. It is perfect if exact linear relation exists between two variables. It is positive if increase in one variable is associated with increase in other variable else it is negative. simple linear regression equation is of the y = a+bx where a and b are to be predicted based on gives values of variable x and y. a and b are best estimated (within minimum error) using principle of least squares. value of b depends on correlation coefficient . better the correlation better is the amount of accuracy in regression.