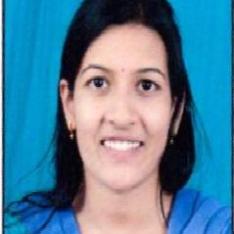 I have great passion for tutoring and have been tutoring Mathematics and Statistics for the past 5 years. I not only aim to help students understand the concepts, but also make the learning process more enjoyable.

The probability of an event is a number indicating how likely that event will occur. This number is always between 0 and 1, where 0 indicates impossibility and 1 indicates certainty.

Simple random sampling is the basic sampling technique where we select a group of subjects or a sample for study from a larger group or a population. Each individual is chosen entirely by chance and each member of the population has an equal chance of being included in the sample

There are several different types of charts and graphs. The four most common are probably line graphs, bar graphs and histograms, pie charts, and Cartesian graphs. They are generally used for, and best for, quite different things

Variance describes how much a random variable differs from its expected value. The variance is defined as the average of the squares of the differences between the individual (observed) and the expected value.

Types of Skewness. Broadly speaking, there are two types of skewness: They are (1) Positive skewness and (2) Negative skewnes. Skewness refers to distortion or asymmetry in a symmetrical bell curve, or normal distribution, in a set of data. If the curve is shifted to the left or to the right, it is said to be skewed. Skewness can be quantified as a representation of the extent to which a given distribution varies from a normal distribution.

The coefficient of variation represents the ratio of the standard deviation to the mean, and it is a useful statistic for comparing the degree of variation from one data series to another, even if the means are drastically different from one another.

The statistical mean refers to the mean or average that is used to derive the central tendency of the data in question. It is determined by adding all the data points in a population and then dividing the total by the number of points.

She was great and professional. I will use her again.

This was an excellent session, I give Ran1 a 5 star for her presentation. Very professional tutoring. Looking forward for future sessions.