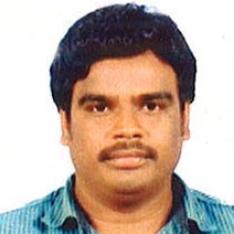 Being a online expert my best answer rating is more than 90% and i covered all the topics like Regression, Correlation, Testing of hypothesis, Probability, Estimation, Random variables

I have 10+ years of teaching experience to teach various topics in statistics.

The result of an irregular occasion can't be resolved before it happens, yet it might be any of a few potential results. The real result is viewed as dictated by some coincidence.

The systematic sampling is a type of probability sampling method in which sample members from a larger population are selected according to a random starting point but with a fixed, periodic interval.

Variance in statistics is a measurement of the spread between numbers in a data set. This means, it measures how far each number in the set is from the mean and therefore from every other number in the set.

Standard deviation is the measure of dispersion of a set of data from its mean. It measures the absolute variability of a distribution

The mean or average of a data set is found by adding all numbers in the data set and then dividing by the number of values in the set.

The median is the middle number in a sorted, ascending or descending, list of numbers and can be more descriptive of that data set than the average.

The mode is the value that appears most frequently in a data set.

Ravi does a great job and he works excellent

so far so good