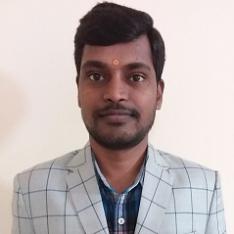 I am really passionate about online tutoring. Other than this I love playing with kids, cooking and playing badminton with my friends. I love to travel to different places with my lovely family and friends. I’m a food lover and whenever I feel stressed or bored, I go to kitchen and try to cook different variety of foods for my loved ones.

I have been tutoring chemistry online for 5 years. I have delivered hundreds of sessions for middle school, high school and college level students from India, Us and UK according to their National curriculum. I have conducted personalized one-on-one online tutoring sessions and group sessions to help the students with their homework and concept clearing classes. I have used virtual classroom to provide audio, chat and video based tutoring sessions. Tutoring has become my passion, I love to interact with the students from all over the globe and help them with their subject needs. I always approach interactive teaching methodologies; I ensure all my sessions would be a 2-way conversation between tutor and student rather than one way communication. My philosophy of teaching has always been to try and make students love this subject (Chemistry). I do this by bringing in our daily life examples and connecting them with the topic I teach. Luckily Chemistry gives you ample scope for that. I admire the following Chinese proverb in learning process “I hear and I forget" " I see and I remember" " I do and I understand” So I believe involving the student in learning process yields better results in many ways.

Chemistry which is one of the basic sciences is having much importance in the human's life and it acts as a linkage among other branches of science. Chemistry is all about the matter and its properties, as we know everything around us is made of matter. So it's important for all of us to have knowledge on chemistry. I love to teach chemistry and try to make students love to learn chemistry. I try to use real life examples to explain the subject.

As we know everything around us is made of matter which is defined as anything that has mass and occupies some space. We apply so many real life examples and do some activities to understand about the matter.

Chemical substance is a form of matter, after getting to know about what is matter, we discuss about chemical substances, how the different substances are formed, their properties and importance to human life.

Nuclear chemistry is a branch of chemistry which deals with the study of changes in nucleus of an atom, radio activity of elements, reactions occur in nucleus (nuclear fission and nuclear fusion) and their importance. In this topic we also learn about some importance concepts like carbon dating method, half-life of radioactive elements and properties of alpha, beta and gamma rays.

The study of the relationship between electricity and chemical reactions.

The study of the relationship between work, heat, energy, and temperature with respect to different states of matter. And the spontaneity of a chemical reaction is studied.

Here we discuss the matter, its existence in 3 different states and properties of these states. We do some activities to understand the properties of matter.