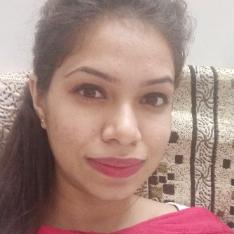 My outside interests enjoying with family and friends, discussion on some current issues, travelling, use Internet to learn more about world culture and tradition.

My teaching philosophy is simple as pie: Teach like it is your last day today! Try to give your abecedarians all of your knowledge so that knowledge can grow and expand to an extent where novelties can bloom and be implemented in order to exercise them for bridging up the loopholes which exist in our societies today.

Optics is the branch of physics that studies the behavior and properties of light, including its interactions with matter and the construction of instruments that use or detect it. Optics usually describes the behavior of visible, ultraviolet, and infrared light. Because light is an electromagnetic wave, other forms of electromagnetic radiation such as X-rays, microwaves, and radio waves exhibit similar properties.

Mechanics is branch of physical science which deals with study of resultant effect of forces on body. Means in mechanics you are going to learn about forces. How they act on body. How much force body can sustain.

Gravitation is a natural phenomenon by which all physical bodies attract each other. Gravity is one of the four fundamental forces of nature, along with electromagnetism, and the nuclear strong force and weak force.

Wave mechanics is a branch of quantum physics in which the behaviour of objects (such as elementary particles) is described in terms of their wavelike properties.

Charges are also produced in electric generators and batteries. When these charges transfer from one point to another point we have the flow of electricity.

Magnetism is a force that acts at a distance due to a magnetic field. this field is caused by moving electrically charged particles or is inherent in magnetic objects such as magnet. A magnet is an object that exhibits a strong magnetic field and will attract materials like iron to it.

The concepts of work and energy are closely tied to the concept of force because an applied force can do work on an object and cause a change in energy. Energy is defined as the ability to do work.

Classical mechanics refers to the classical physics of bodies and forces, especially Newton's laws of motion and the principles of mechanics based on them. Compare quantum mechanics.

Quantum mechanics, science dealing with the behaviour of matter and light on the atomic and subatomic scale. It attempts to describe and account for the properties of molecules and atoms and their constituents—electrons, protons, neutrons, and other more esoteric particles such as quarks and gluons. These properties include the interactions of the particles with one another and with electromagnetic radiation (i.e., light, X-rays, and gamma rays).