Are you a university or school looking for an online tutoring partnership ?
Get instant Arithmetic help from the best tutors at TutorEye

Math assignment to be done? Get instant arithmetic help at TutorEye!

Have a Math assignment waiting to be solved? We have the best tutors at TutorEye to help you. Get in touch now!

1.the question on the photo that ı uploaded

2.Locomotive cannot enter the tunnel I am kind of stuck at this problem

3.locomotive does not enter the tunnel

4.Name the two graphs in the form y=p(x)/q(x) where they are polynomials of lowest degree

5.I’m scheduling appointments. If I answered 31 phone calls and I got 11 people scheduled and did not schedule 3 ...

6.I dont understand algebra area. And dont know what any of this means

7.Hello im looking for some help with this proof tree, im supposed to use the rules i have attached. I would ...

I would love to get a written solution. I did the other proof tree that you can see in the attaached files. So its supposed to look like that Thank You.
View More

8.i have a math test that is about logathms from chapter 8.3 to 8.6 in the nelson advanced function textbook. ...

xtbook. i really need in in half an hour
View More

It does not contain any fractions.

The exponent of a number means how many times we repeat the multiplication of the same number by itself. Example:

An exponent with a negative sign means division. Example:

And, an exponent with fraction

Some other important rules are:

The basic idea of multiplication is adding the numbers by repeating them. Example:

The division is the opposite of multiplication. Here, we split the numbers into equal parts. Example:

The position of the decimal point will always be between Ones and Tenths. 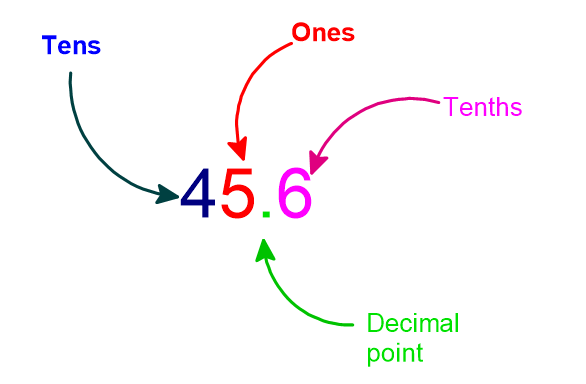 Moving the decimal point to the left by one digit means a multiplication of 10. Example:

Shifting the decimal point to the right by one digit means a division by 10. Example:

Comparing the two fractions can be done by converting the fraction into a decimal or making the denominator identical, if not already the same.

The percent means the value corresponds to “per 100”. It is represented by the symbol %. And, the percentage is the product of percent and a quantity.

In other words, a percentage is a part per 100. However, in practice, both percent and percentage are used in the same way.

The ratio is used to compare two quantities. The ratio of a to b is represented by

Proportion is a term representing that two ratios are equal. The proportion of quantities a,b,c,d can be represented by using a fraction as

or, using a colon

Like fraction is the group of fractions that have an identical denominator. Example:

And, the group of fractions that do not have the identical denominator is called, unlike fractions. Example:

Surds are the value in the root, which can not be accurately written as a fraction and when simplified, it will have a non-repeating decimal. They are also called irrational numbers. Example:

The sum of n terms of a natural number under arithmetic progression can be written as:

In an arithmetic progression, whose first term is a and the common difference is d, the sum can be calculated using one of the following formulas:

The set of integers are positive and negative whole numbers including zero. And, it does not have any fraction.

In a geometric sequence, every term is multiplied by a constant ratio called the common ratio.

Any positive integer which is greater than one is either a prime number or is the product of one or more prime number in exactly one way, ignoring the rearrangement.

A fraction can be converted into a decimal by simply dividing the numerator by the denominator using long division.

In an equation, a variable is a symbol that is used to represent an unknown value.

, where x and y are variable.

It is a pictorial representation of numbers on a line, numbers are placed after an equal interval.

The set of numbers that have all positive numbers including zero. Whole numbers do not include decimals, fractions.

Even and Odd Numbers:

An integer that can be perfectly divided by 2 is called an even number. The last digit will always consist of either 0, 2, 4, 6 or, 8.

Example 1: The average height of the students participating in a basketball match is

, and the height of their trainer is

. Calculate the difference of their height in cm?

Example 2: The cost of purchasing a pencil is

if you purchase 6 pencils and you have

. How much money will you have after purchasing those pencils?

Integers on a Number Line

Integers present on the left side of zero are negative, while the right side integers are positive. Also, each number is placed after a fixed interval.

Some of the common arithmetic advanced operations are computation of percentage, exponentiation, square root, etc.

The percent means the value corresponds to “per 100”. If we want to calculate the P % of a value X, we could calculate using the following formula.

The general logarithmic function is

, and when the base is Euler’s number e. It would be called the natural logarithm,

The general form of an exponential function is

, where a is the base and is a constant value, and x is the variable.

When the base is Euler’s number e. It would

. This is the commonly used exponential function.

The square root of a value is a number, which when multiplied by itself, gives the value.

There is a mathematical symbol to represent square root,

This symbol is called radical. The square root of a perfect square is easy to calculate.

Now, plug in the value, we get.

Question 2: Calculate the square root of 64.

Explanation: Let us say, x is the square root of 64. We could rewrite it as

Now, we need to factor 64 in pairs, such that both numbers are the same.

Explanation: To compare the fraction, we can either convert them into decimals or by making the denominator identical.

Let us write the decimal and compare.

Answer: We can see,

Are you not good with the numbers? Here’s how you can improve your arithmetic skills

Arithmetic is something that finds the most practical uses even outside of your academic life. Look around and you’d find its prevalence in almost everything, varying from basic to advanced use.

Be it something as simple as buying groceries to paying the taxes, there is arithmetic involved in every process. Do you think you can afford to be ‘not-so-good’ at it?

Absolutely not! Sometimes it is difficult to deal with the numbers. Agreed! But there are ways to enhance your skills in the subject before you start dreading it and let it affect your scores.

For you to be good at arithmetic, you should start with the basics and lay a stronger foundation for more advanced concepts.

Start with the easy calculations and once you feel confident, move on to the next level. Once you are good at the basics, it would greatly improve your understanding of the more complex techniques.

One of the factors that can play a major role here is “practice”. The more you practice arithmetic problems, the better you keep getting at solving them. Consistency is the key here. So practice daily with us and the hard work will definitely reflect in your scores.

If the arithmetic problems still seem to be a hard task, getting tutoring aid always helps.

You can schedule personalized sessions with a tutor according to your time preference. It will help you clear your concepts better and also build more confidence. You get to ask as many questions as you want.

TutorEye gets you in touch with proficient tutors with whom you can have 1:1 sessions. They will assess your learning style and academic goals and provide you with specialized courses at hand.

Head over to us for more information and start scoring better in your Math tests.

Here are steps to get Arithmetic help at TutorEye

TutorEye ensures well-written and plagiarism-free solutions to your assignments. We have expert tutors to provide you the best answers at a reasonable price.

Just follow these simple steps to hire a homework helper:

Step 2: Hire a Math expert to guide you through a difficult assignment after mutually agreeing to a price and submission deadline.

Step 3: Payment to be released from escrow, once you are completely satisfied with the solutions submitted.

Our assignment solvers are known to deliver the best quality work. The solutions will be easily understandable by you and will help you clear the concepts. Our solutions will never get you landed in any copyright issues because of their originality.

To help you build your trust in us, we have a Money Refund Policy too!

So, skip any second thoughts and reach out to us. Get started with your homework now!

Question 1: What are basic arithmetic skills?

Answer: Basic arithmetic skills help in the calculation of the amount, measurements, which includes addition, subtraction, multiplication, and division.

Question 2: How can we improve arithmetic?

Answer: To improve arithmetic, we need to be accurate in the basic operations of mathematics. And, we should know, how to distribute the value inside the parenthesis.

Secondly, it is really important to have an understanding of the formula used. We need to understand what does the variable used in the formula means, and how we can find those variables.

Question 3: What is the easiest way to learn arithmetic?

Answer: If we practice with focus under the right guidance, we can master any topic.

For arithmetic, having an understanding of multiplication and division of integers would help in learning.

Answer: To solve the AP problem, first, we need to analyze the problem and figure out what value we need to find out? Do we need the sum of terms, do we need common differences, or does it ask to find any specific term?

After this, we need to plug the variable into the formula. And, solve that expression carefully. Following these procedures will minimize the chance of error.