Are you a university or school looking for an online tutoring partnership ?
Mass Spectrometry Assignment Help

1.I have no idea how to do this question

4.reactions with mechanism and all steps

It is the analytical technique Which was discovered by J.J Thomson and It is used to identify the unknown compound within a sample and also helps to elucidate the structure by the effect of ionization energy on molecules.

This is an analytical tool useful for measuring the mass-to-charge ratio (m/z) of one or more molecules present in a sample which can often be used to calculate the exact molecular weight of the sample components. .

This branch of the technique have wide variety of applications like-

Working strategy of an Instrument-

An instrument generates the beam of positively charged produce ions of sample from ionization source then separate these ions according to mass charge ratio in the mass analyser after that fragment of selected ions and analyse or detect the ions emerge in the analyser which measures the abundance with the detector that converts the into electrical signals. This further process to give results.

The selection of sample inlet depends upon the sample matrix. It is very important to note that inlet must transfer the analyte into the source as a gas phase molecule if sample is in gaseous state but for liquid sample It is heated to increase vapour pressure and handled by hypodermic needle.

It refers to mechanisms of ionization followed by various methods like Protonation, deprotonation , cationization , electron ejection and electron capture.

It is the device which allows ionization to occur and the amount of minimum energy to ionize the sample or organic molecule.

It has a function of producing mass without mass discrimination of the sample and accelerating the ions into mass analyser.

It is the component of the mass spectrometer that  ionized masses and separates them based on charge to mass ratios and outputs them to the detector where they are detected.

Once the ions are separated by the analyser, it will reach a detector which generates a current signal from the incident ions.

The most commonly used detectors in mass spectrometer are-

Consider that M1 Is the parent ion and m1 is daughter ion, If the reaction

M1→m1 takes place in the source, then m1 may travel the whole analyser region.

The energy more than 70ev, produces a fragment which has small masses.

It is formed by both homolytic and heterolytic cleavage of bonds by simple cleavage and rearrangement process.

It results in very small or missing parent ion peak.

May lose hydroxyl or water at 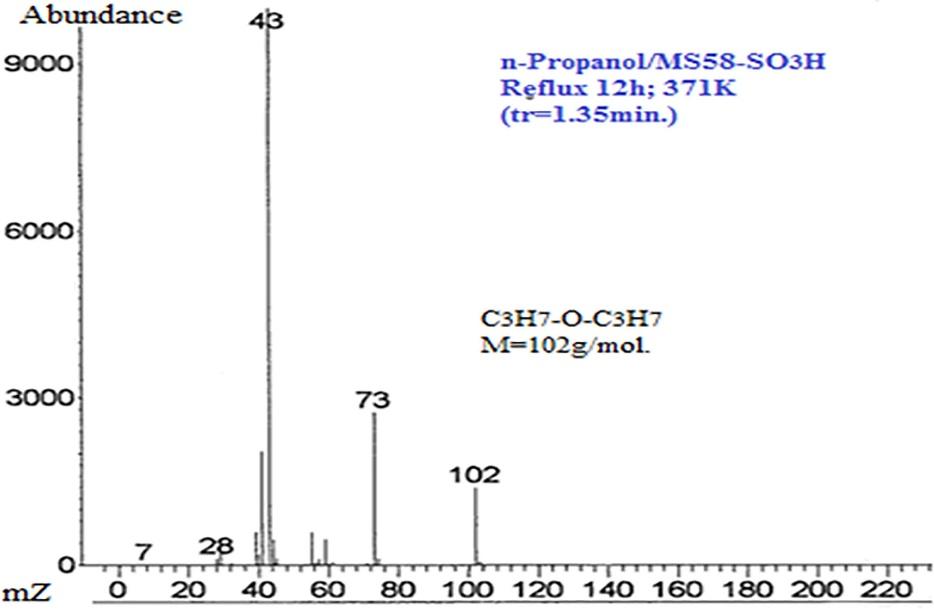 Questions and Answers on Mass Spectrometry

Q1 Which species of the following is used to bombard with the sample ?

Q2 Separation of ions in the mass spectrometer take place on the basis of which of the following?

Mass Spectrometry is used to identify the structure of unknown substances with the help of the mass-to-charge ratio of ions and is an analytical technique to quantify materials. To understand mass spectrometry problems, you need assistance from expert solvers.

Our top Chemistry helpers will help you identify the chemical properties and structure of different molecules. Whether you are a college student or a high schooler baffled by how to analyze the structure of enzymes and proteins using this technique, we’ll provide step-by-step explanations to cover complex topics.

From covering questions related to “what is mass spectrometry?” to how it is used to study microdose, we’ll leave no stone unturned to make you understand the foundational concepts.

Get ready to explore the application of this technique to identify isotopes, unknown compounds, with the help of the mass number of constituent elements in the given compound. Take stepwise guidance and detailed instructions to calculate the atomic mass of molybdenum or mass spectrum of Chlorine.

Take your grades to the next level by hiring a Chemistry solver now!

How to get assignment help in Mass Spectrometry?

To get a 100% original assignment on stages of mass spectrometry analysis and identifying a molecular ion peak, you need to follow few simple steps:

Step 1: Upload your Chemistry assignment files and fill out our homework help form

Step 2: Hire a Chemistry expert to assist you in solving problems by agreeing on a budget and submission timeline

Step 3: Review your assignment before releasing payment from escrow

We value your trust and satisfaction that’s why our assignment help service is backed by Money Refund policy. Chemistry experts delve into each problem and provide solutions to address gaps in understanding.

Our homework services are designed to clear doubts with VARK (Visual, Auditory, Read/Write, and Kinesthetic) learning as an edifice, to cater to the needs of each student.

Let’s help you achieve better grades by boosting your confidence and sharing your study load by taking help from our highly qualified Ph.D. degree-holders and solvers.

What is the basic principle of mass spectrometry?

In mass spectrometry, multiple ions are generated from a given compound and those ions are separated on the basis of specific mass to charge ratios under the influence of magnetic field as they are deflected to different angles. The relative abundance of each ion type is recorded by the machine.

How does the mass spectrometer work?

The mass spectrometer ionizes the atom or molecule into multiple ions by removing one or more electrons and these ions produced are then accelerated and then deflected according to their masses by magnetic field and then detected by the machine.

What are the four stages of mass spectrometry?

a) Ionization- The compound is ionized to form multiple ions by ejecting one or more electrons from the molecule or ion.
b) Acceleration- The ions produced are accelerated with some kinetic energy.
c) Deflection- Under the influence of magnetic field, the ions are deflected to different angles according to their mass to charge ratio.
d) Detection- The relative abundance of each ion type is recorded.

What does a mass spectrum show?

A mass spectrum is the graphical representation of ion abundance versus the mass to charge ratio (m/z) of the different ions separated in a mass spectrometer. The mass spectrum is useful in determination of masses of molecules and particles and to elucidate the chemical structure of compounds.