Are you a university or school looking for an online tutoring partnership ?
Reliable Force Homework Help - Physics

Get homework help on Force from qualified experts

Simplify equations on Force by getting step-by-step explanations!

A force is a push or pull that acts on an object due to the interaction with another object either by physical contact or due to action from a distance.

The types of forces that act when interacting objects are physically contacting each other. For example, frictional forces, normal forces, tensional forces, applied forces, and air resistance forces.

The types of forces that act when interacting objects are physically separated from each other. For example, gravitational force, magnetic force, and electrostatic force.

is a universal constant.

Also, gravity is the force of attraction exerted by the earth on objects.

is the acceleration due to gravity.

When two bodies are relatively at rest and separated by a distance  having corresponding charges . Then, the magnitude of force would be:

The magnitude of force due to the state of compression or extension of spring would be:

Where, the spring constant is

, and the change in spring length is

The reaction force which acts at the perpendicular to the contact surface. It is denoted by

The force exerted by the contact surface to the object, when the object makes an effort to change its position.

is the coefficient of friction.

Question 1: Two charged particles, each with

of charge, are separated by a distance of

. Find the magnitude of the force between them.

Explanation: We have given charge of particle, and distance between them.

We will use the formula:

Final answer: The magnitude of the force would be

Question 2: Calculate the force acting on a block due to gravity.  The block has a mass of

Explanation: We have given the mass of the block. And, acceleration due to gravity is

Final answer: The force of attraction due to gravity would be

Question 3: Calculate the magnitude of force required to pull a spring

. The spring constant is

Explanation: We have given spring constant and elongation due to pull force.

Final answer: The magnitude of the force would be

A push or pull upon an object, or any interaction, when unopposed changes the direction of that object is called Force. As a vector quantity it has both direction and magnitude.

Get ready for better grades with the help of expert Physics solvers to understand “What is force in Physics?” We’ll give you a study boost to make Physics simple and easy.

Whether it is an assignment related to balanced or unbalanced forces, feel free to seek help anytime of the day. We’ll delve into definitions, equations and problems related to net, drag , magnetic or g force.

Avail detailed descriptions and diagrams to simplify your Physics homework questions and as a resource we have qualified helpers to assist you achieve top grades.

You will have access to drafts that will clear any confusion related to the effect of gravity on weight or how interacting objects experience forces.

Seek our Ph.D qualified or Master’s degree holders to assist you in solving high school or College-level equations on magnetic force on a current-carrying wire. Mastering Physics with top aides is now so easy!

By taking Physics homework help you will be in a position to analyze why unbalanced forces cause objects to accelerate; how force is needed to start or stop an object, and examples to teach you interaction between force and masses.

How can you take Physics homework help?

If you need step-by-step explanations to figure out your assignment questions on force field or any other topic, here is what you need to do:

Step 1: Fill out our quick order form by listing your Physics homework queries

Step 2: Reach an agreement on deadline and budget before hiring a qualified solver

Step 3: Review your assignment answers before releasing payment from escrow

We provide 100% original work and there are no copyright infringements as we adhere to highest quality checks. At TutorEye, we follow a Money Refund policy to avoid any discrepancies and to ensure trust and satisfaction.

With the help of detailed explanations, solve questions related to tension or restoring forces in Physics. Our assignment solvers are a punctual lot and deliver explanations swiftly to help you meet deadlines.

TutorEye’s homework help service is designed to address the need of VARK (Visual, Auditory, Read/Write and Kinesthetic) learners. After taking assignment help from us you will be able to explain what is a force and how it relates to motion and so forth.

Our subject specialists provide detailed instructions that help you give a snapshot and serve as reference material before a test or an exam.

What are intermolecular forces?

Intermolecular force or IMF is the force that applies between the molecules. The IMF between molecules is a week force. However, it is responsible for determining the physical properties of a substance.

What are magnetic forces?

How do forces act on objects?

The force acts on an object due to the interaction with another object, either by physical contact or due to action from a distance.

How do forces work?

A force when acts on an object could results in moving the object from its initial position, increasing or decreasing the speed of any object, or it could also deform the shape of the object.

How forces are measured?

It can be measured using a newton meter. Newton meter or force meter has a spring attached to a hook. When a force acts on the hook, the spring stretches. And, we can measure the corresponding reading, which will be the magnitude of force applied.

Force is measured in newtons, and the unit has the symbol N. 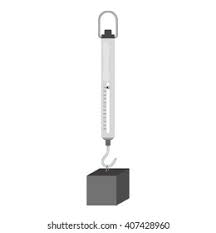 How forces affect our everyday lives?

Forces have a great impact on our everyday lives. Let us analyze the effect of some forces.

Friction Force: This force helps us to walk, without friction force we could not walk easily. Imagine, someone walking on snow or ice. You might see, the person having difficulties in walking with a regular shoe. This is because there is less friction on that surface.

How forces affect the motion of an object

The force can affect the motion of an object in different ways depending upon the direction in which force is applied, and the magnitude of the force.

If force is applied in the same direction as the motion of the object, it will increase its speed. And, if the direction of the application is the opposite, it will decrease the object’s speed.

Can we see forces?

No, we can not see the force physically. But, we can feel it. And, we can see the changes made by the application of force.

What forces are non-contact?

Gravitational force, magnetic force, and electrostatic force are some examples of non-contact force. They act without physically interacting with the objects. Their action is from a distance.

What are the four main types of forces?